Terry, like many young men of the 50’s and 60’s, joined the military for the hope and thought of excitement. It didn’t hurt that he was promised three hots and a cot either. While in the Army, Terry experienced the one thing that no one would ever want to face,  something that sends chills up and down your spine just thinking about it, he was involved in an explosion that ended his military career and ultimately his sight.

After his recovery, it didn’t take Terry long to realize that he needed to learn some new skills if he was going to earn a living. After all, you can’t keep a good man down, and Terry, was a very good man. He was also an older brother and he couldn’t let Stan see him wither up and become a lump on a log collecting dust. No sir, he still had a lot of living to do, and just because he couldn’t see didn’t mean he could not do.

The Chicago Lighthouse for the Blind offered classes to train or retrain people who are visually impaired to totally blind. When Terry first started attending classed he still had some usable vision which was great. It not only enabled him to grasp all of the concepts in the shop class quickly, so fast in fact that the instructor asked him to slow down or leave the class. It also helped him to notice his future wife, Joanne.

Terry and Joanne dated for several months, the blind way. Double dating, taking a bus or taxi, having Joanne’s parents drive them, or by walking. Terry, the adventurous one and Joanne the more cautious one (does that sound like the Joanne we know and love?) married in 1963 and settled into what would become a lifetime love affair.

So, how does a blind guy earn money to support his family in the 1960’s? After the shop class at the Lighthouse for the Blind in Chicago, Terry heard about a Vending Stand Program for the Blind. He started with a Cigar Stand, went on to a Snack Stand and then to

being the first totally blind person to run a Cafeteria. Joanne ran the home, which if you’ve ever tried it as a visually impaired or blind person it is not as easy as it sounds. Add some sighted children to the mix and you have Wonder Woman. Wonder how that woman managed to make it look so easy!

Everyone needs a hobby or a way to relieve stress, or some sort of activity that they enjoy that is not work related. Terry’s is building boats, sailing the boats he has built and fishing from them. We are not speaking about a canoe here. Oh, no! We are talking about a boat large enough to sleep a family of four. In Chicago, Terry once built a boat so large in his back yard that he had to hire a company to lift the boat over his garage to put it on a trailer so that it could be towed! I think he was destined for Florida. Seems as though the skills he learned in the shop classes he took at the Chicago Lighthouse for the Blind were put to good use!

There were many boats of varying sizes that were built, used and loved by the family and then sold by Terry over the years. If we were to ask him about it, he would probably say it was the process of building, launching something “he’s always wanted”, and spending those special moments with his family that Terry loved the most. Teaching his oldest two children, Karen and Tom to pilot the boats holds a very special place in his heart.

Terry became a member of the BVA in the mid-1960’s and did not think much about it at the time because as you can see so far, he has led a very full life and he really didn’t feel he had time to offer/give with his children being so young. Many of us can relate to that. We join an organization thinking it’s a good thing but we don’t really do anything with it, until we need something or we see a need and we think we can fulfill it. That was the case for Terry. He saw a need for change within the organization and he felt that he could make a difference.

Has Terry King made a difference? After doing some checking around, and with the help of a few people, I’ve compiled a list of just some of his accomplishments. You may remember more than I have listed, if so please feel free to email me your list.

Wrote numerous Amendments to out By-Laws that not only upgraded what was previously written, but improved upon it.

I asked Terry what he felt was the most important job or accomplishment he had as President of the FRG. Terry replied, “ The most important job I had was representing Blinded Veterans when they were having problems with the VA”. When asked what he saw/hoped for the future of the FRG, Terry replied, “ It is going to depend on the future leaders. There of course will always be a need for a service organization like the BVA, for helping Veterans that are having problems with the VA.”

Most of the FRG may not know that Terry and Joanne’s youngest child, Susan passed away a few years ago. He doesn’t speak of it hardly at all, we aren’t supposed to outlive our children. With incredible strength, they

carried on that year, helping Veterans in need, going to Luncheons, the State Convention and the National Convention.

Knowing the Kings for the few short years that I have, I can say that I have great respect for both of them. I believe that Terry is a self-made man, has more integrity than you’ll ever find in a person who has held a top position for so many years, he is a man of his word which is rare today in the business world. Terry also has some “used car salesman” qualities about him. If there is an open position on the Board of Directors, Terry can talk you into it quicker than a used car salesman can sell you a clunker, which is exactly how I got my start. 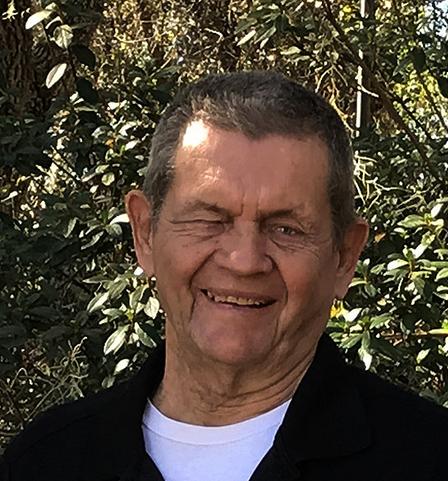